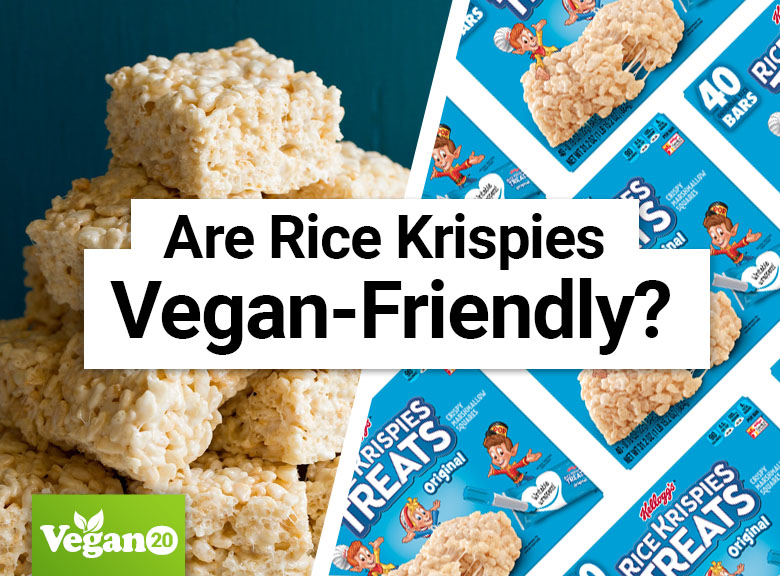 Cereal is one of the most popular breakfast foods, especially among children. One such cereal is Kellogg’s Rice Krispies. This cereal, also known as Rice Bubbles in Australia and New Zealand, has been sold since 1928 and is most known for its famous tagline, “Snap! Crackle! Pop!.” The tagline is a play on words inspired by the sound the crisped rice cereal makes when it comes in contact with milk.

Rice Krispies are made from rice and sugar paste and is formed into a distinctive rice shape. While this cereal is a quick and filling breakfast food, it is imperative that we be certain if it is vegan or not.

Unfortunately, Kellogg’s Rice Krispies are not vegan-friendly. Kellogg’s has stated that while many of their cereals may be vegetarian, they are not vegan.

Let us take a closer look into the ingredients that go into Kellogg’s Rice Krispies so that we can further analyze the components that make this cereal not vegan.

What are Kellogg’s Rice Krispies Made Of?

Why Is Kellogg’s Rice Krispies Not Vegan?

Sugar sourced from sugar canes is processed using bone char, which is the product of charring animal bones. The contact that the sugar makes with the animal product is problematic for some vegans, while others may choose to overlook it. It is unclear if the sugar used in Rice Krispies is processed with bone char.

Vitamin D3 may be vegan but Kellogg’s specifies on their website that the vitamin D3 used in their products is non-vegan. Vitamin D3 is derived from animal products such as lanolin (extracted from sheep’s wool), egg yolks and oily fish.

We know that Rice Krispies are definitely non-vegan because of the confirmed use of vitamin D3 but the sugar and vitamin B12 found in the cereal are not confirmed to be vegan-friendly. It is, therefore, best that vegans seek an alternative breakfast cereal.

For more information on Rice Krispies, you can visit www.kelloggs.com.