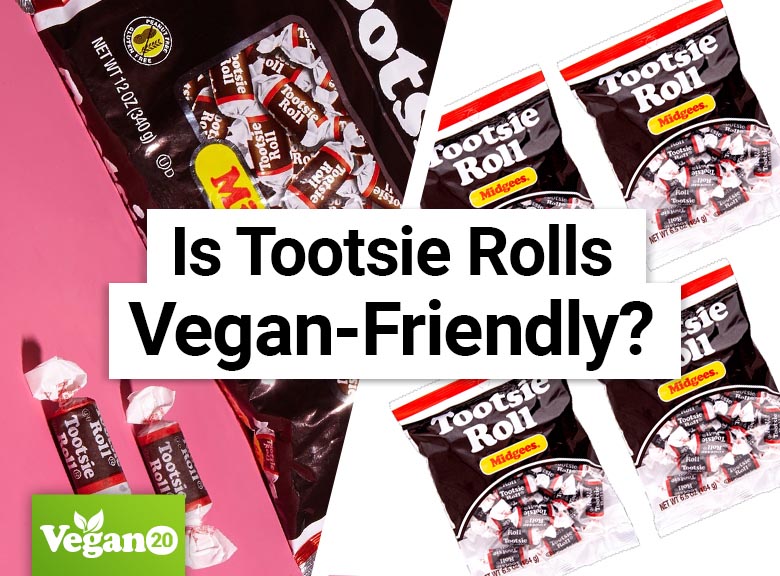 Is Tootsie Roll an ideal addition to your Vegan Lifestyle?

Tootsie Roll is a chocolate-flavored taffy-like candy manufactured in the United States since 1907.

The candy has qualities similar to both caramels and taffy confection without being either of them. The manufacturer, Tootsie Roll Industries, is based in Chicago, Illinois. For many, Tootsie has created lots of pleasant childhood memories.

The answer is: NO

What Are Tootsie Roll Candies Made Of?

Contains a bioengineered food ingredient made from U.S. crops.

Why Is Tootsie Roll Not Vegan?

The presence of milk, whey, and palm oil make Tootsie roll not vegan friendly. Milk is a dairy product from cows and goats. Whey, a cheese by-product, is the liquid obtained after straining curdled milk. It contains milk protein and lactose. People following a vegan diet avoid milk because of animal rights and welfare.

Palm oil is a technically vegan vegetable, but its production is considered cruel. Animals face harm and extinction as their habitat is destroyed. The planting of palm tree plantations is causing vast deforestation in Africa, Asia, and America. The manufacturing of palm oil releases large quantities of methane gas, causing massive global warming.

Tootsie rolls are chocolate-flavored candy that has been a favorite snack since 1907. It contains milk and whey, dairy products that are considered not vegan friendly. Tootsie roll also contains palm oil which strict vegans hesitate on. Vegans maintain that the production of palm oil causes pain and suffering to animals. It has also resulted in massive environmental damage.

For more information on Tootsie roll, head over to the official website here.