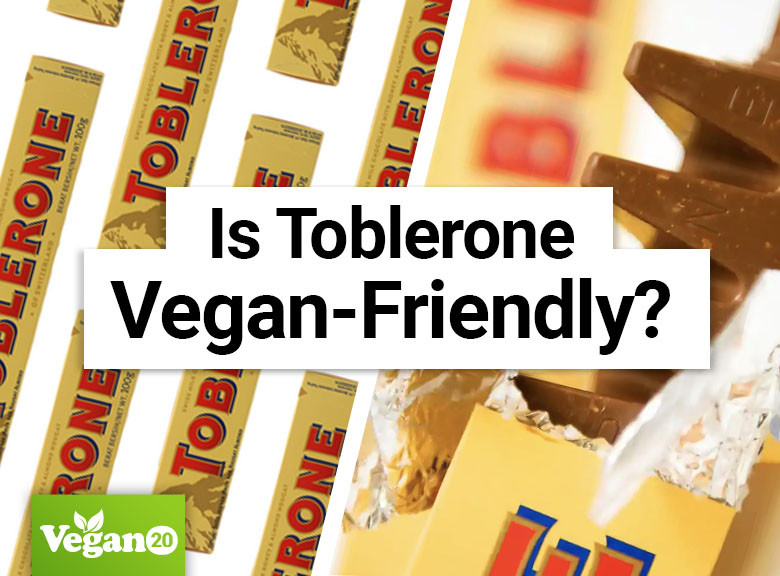 Toblerone is a honey and almond nougat-filled Swiss chocolate bar. Toblerone, which was founded in 1908 by Theodor Tobler, is now available all over the world and is instantly recognizable due to its distinctive chocolate peak shape and unique packaging.

You may be wondering if Toblerone is vegan-friendly. Let us find out.

Unfortunately, Toblerone is vegetarian but not vegan-friendly because it contains animal byproducts. The ingredients that are not suitable for vegans are sugar, whole milk powder, milk fat, egg white, and milk solids.

What is Toblerone Chocolate Made Of?

Toblerone Milk Chocolate is made of the following ingredients:

Why is Toblerone Not Vegan-Friendly?

Sugar is sometimes processed with bone char, which is made from animal bones that have been burned at extremely high temperatures until they become a powder-like substance. Despite the fact that sugar does not contain bone char, the interaction it has with bone char renders it non-vegan.

Whole milk powder is made by spray-drying pasteurized milk to remove the water.  The powder can contain between 26% and 40% milk fat and provides all of the nutritional benefits of milk. It is an animal byproduct and is non-vegan.

Milk fat is the fatty part of milk and is a mixture of lipids. It is often used to make butter and is not vegan-friendly.

Egg white is non-vegan as it is an animal byproduct.

Milk solids are milk powder and are created by pasteurizing and separating skim milk and cream from whole milk. Some of the cream is returned to the skim milk, resulting in milk with standardized fat content. The standardized milk is heated to temperatures ranging from 75 to 120°C. The milk is then boiled in a vacuum at temperatures below 72°C, and the water is extracted as vapor. The milk concentrate is atomized into fine droplets. The remaining water is vaporized in a drying chamber, followed by a fluid bed, until the moisture content is between 2-4 percent. Because milk powder is made from an animal byproduct, it is not vegan.