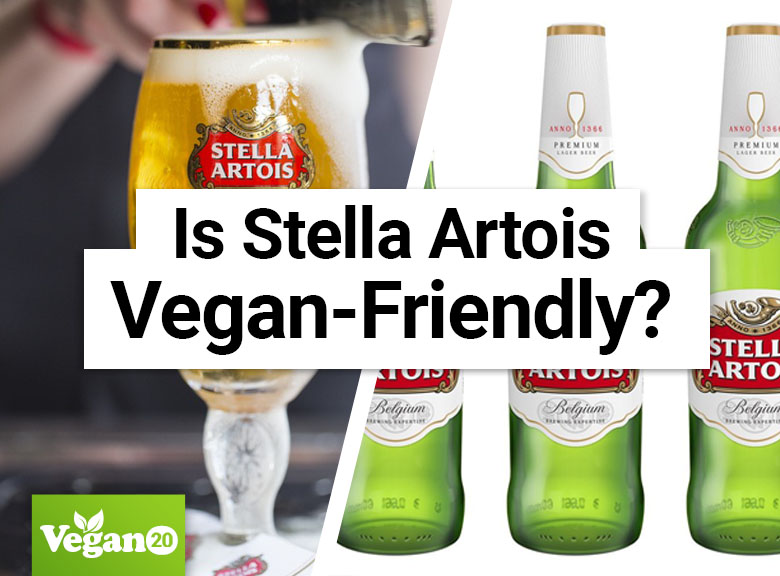 Would you like to find out if Stella Artois is Vegan-Friendly?

Stella Artois was launched in 1926 as a Christmas beer and has since been sold all year round. The name “Stella,” means star and symbolizes the Christmas season. It has been brewed in Belgium for 600 years and is now being transitioned to U.S. brewing throughout 2021.

Stella Artois has several beers under its name such as:

By now you are probably wondering if vegans can drink Stella Artois or not. Well, let us find out.

Good news! Stella Artois is vegan-friendly. This is because Stella Artois is made from four main ingredients which are water, yeast, malted barley, and hops. It also contains cereal grains such as rice, corn, or sorghum.

Why Is Stella Artois Vegan?

This premium beer brand does not contain any animal ingredients at all. It only has organic, natural and plant-based ingredients such as barley, hops, water and yeast.

Barley is a cereal grain that is commonly used in bread, beverages and other food products. It is a great source of fiber, vitamins and minerals.

Hops are flowers of the plant known as Humulus lupulus. They inhibit growth in the beer fermentation process.

Yeast is a single cell fungi and helps with the digestive system.

Stella Artois has been making waves in the beer industry for many years. They have perfected their recipe and award-winning beer over the years, no wonder it is still a favorite among many. With just four main ingredients, we are pleased to say that if you are a vegan you can drink Stella Artois; it is vegan-friendly.

If you would love to find out more information about Stella Artois, please visit www.stellaartois.com.