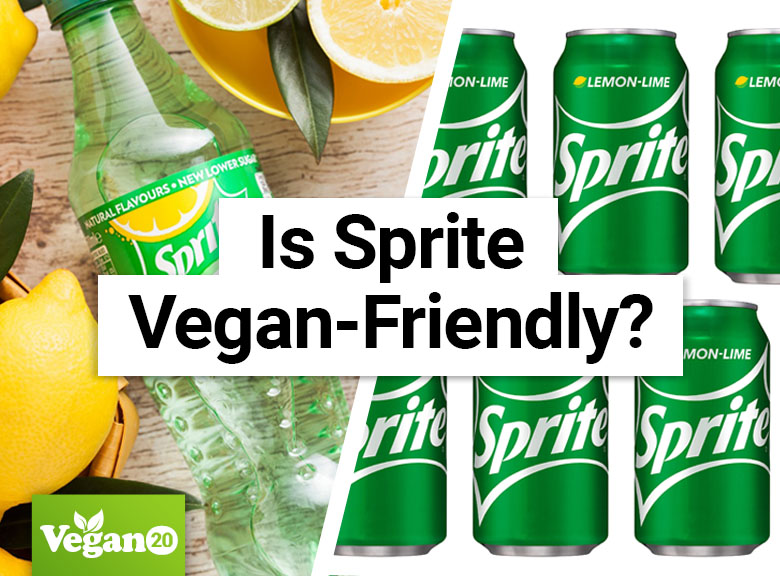 Do you want to try Sprite but have no idea whether it’s vegan-friendly?

The popular soft drink was made in West Germany, as Coca-Cola’s lime-flavored response to 7up. It was first introduced into the US two years later and has since made itself known in 190 countries out of 196. So, it makes sense that you’re wondering if you can be a part of the fun. Is Sprite vegan-friendly? Continue reading to find out.

Yes. Sprite is a suitable soft drink for vegans and is free from animal products.

The only concern with 7UP is where they have listed natural flavors as one of their ingredients. They have not disclosed what those natural ingredients are.

What is Sprite Made Of?

Why is Sprite Suitabable for Vegans?

The FDA has advised that natural flavors come from either natural or artificial sources. It is important to keep this in mind. But we can say that none of the listed ingredients have sources of animal products in them.

Another amazing fact is that Sprite carries a low-calorie count. Medline Plus advises that Sprite contains 140 calories for every 12 oz. It has one of the lowest-calorie counts among the popular soft drink brands. It shines in comparison to sodas like Orange Crush that has 195.

Healthline confirms that artificial colors like these need to be FDA approved to be used in food. Tests for approval are done on animals that are later euthanized. So, if your goal is to prevent animal cruelty, you need to pay attention to the Sprite flavors that you drink.

Sprite’s parent company, Coca-Cola, has made efforts to increase the production of recyclable bottles in an effort to promote environmental sustainability.

Sprite is vegan because it has no animal products that are listed on its bottles. They also have fewer calories than most popular sodas on the market. Sprite’s original flavor is also free from animal cruelty. ]The company is making moves in favor of the health of the environment, by increasing the production of recyclable bottles. So, if you want you can have that bottle of Sprite, no strings attached!

For more information on Sprite; head over to – sprite.com