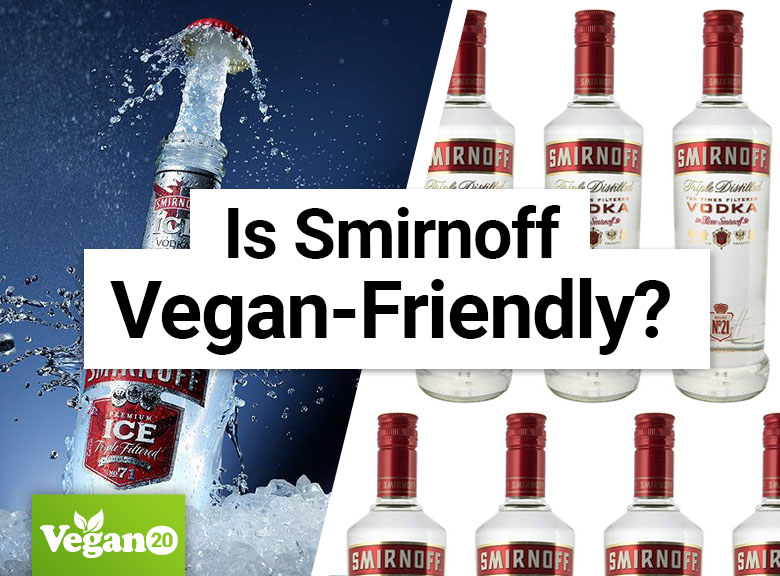 Perhaps one of the most popular vodka brands around the globe, Smirnoff is often a favorite during social gatherings. The Russian company was founded back in 1864 by Piotr Arsenieyevich Smirnov and has since become the most sold vodka globally, with a constant presence in over 130 countries and three main variants that include several flavors.

By now, you are probably wondering if Smirnoff is vegan-friendly? Well, let’s take a deep breath and dive right into it!

The answer is: Yes (But it depends)

Smirnoff drinks are suitable for vegans. But even though the drinks on themselves might be vegan, here’s where the reason gets a little tricky: According to the company, Smirnoff does not directly include animal-based ingredients in their products ( meats, dairy, or animal derivatives like gelatin or carmines). However, the company also claims not to have knowledge of how the ingredients in their products are obtained.

Smirnoff is available in the popular classic flavor and is also available in a number of fused flavors. Here are a few flavors:

Why is Smirnoff Vegan?

Smirnoff does not include animal-based ingredients in the preparation of their drinks, which means they don’t directly add these ingredients to the final product.

If you still decide to drink Smirnoff vodka, we recommend you to drink with caution. Smirnoff vodka is considered to have a high alcohol percentage and excessive alcohol consumption is never adequate for a healthy lifestyle.

While Smirnoff may be the most sold vodka worldwide, the iconic beverage is sitting in a grey area when it comes to being fit for a vegan diet.

Unknown animal-based ingredients could be included in some or all of their vodka lines, and if you want to keep a diety free of products obtained by animal-cruelty practices, we recommend you avoid drinking Smirnoff in the future.

The good news is that totally vegan vodka does exist, and we are sure it’s as tasty (Or perhaps even more) than Smirnoff vodka.

For more info check out: https://www.smirnoff.com