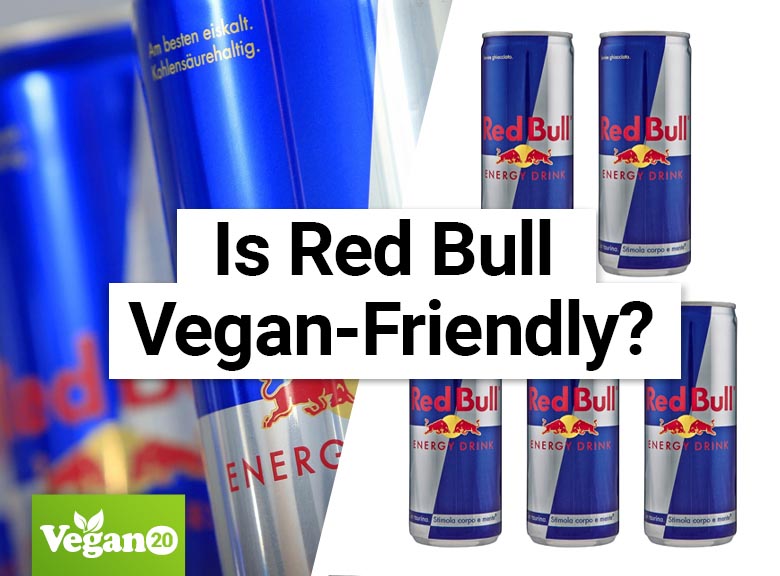 Red Bull is an energy drink sold by Red Bull GmbH; an Austrian company created in 1987. It has the highest market share of any energy drink in the world, with 7.5 billion cans sold in a year (as of 2019).

The answer is: No, Red Bull is not vegan

You’ll be surprised to learn that Red Bull is not suitable for vegans. As much as its ingredients seem to be plant-based, most vegans keep off Red Bull because of two things. Taurine and artificial colors.

What Is Red Bull Made Of?

Red Bull is made of the following ingredients:

Why is Red Bull Bad And Not Vegan?

Red Bull consists of caffeine, taurine, vitamin B (B3, B5, B6, B120), sugars (sucrose and glucose), carbonated water, baking soda, and magnesium carbonate.

Taurine is an organic compound that forms a vast component of the bile. Bile is a dark-green-to-yellowish-brown fluid produced by the liver of most vertebrates, that aids the digestion of lipids in the intestine.

Since the word Taurine in Latin means a bull, most vegans view the energy drink as a bull product. It is suspected that Taurine was initially extracted from bull semen and later produced synthetically. According to PETA, Red Bull supports tests on animals by using several artificial colors found in the different flavors of their energy drinks.

Red Bull is an energy drink that contains ingredients not suitable for a vegan diet. Vegans should avoid drinking Red Bull as it has taurine, an organic compound that forms a part of the bile. Red Bull also contains artificial colors that are believed to be tested on animals.

Although Red Bull is known to increase alertness, reduce anxiety and significantly improve mental and athletic performance, it is not vegan friendly. Taurine and artificial colors rule out this energy drink from a vegan diet.