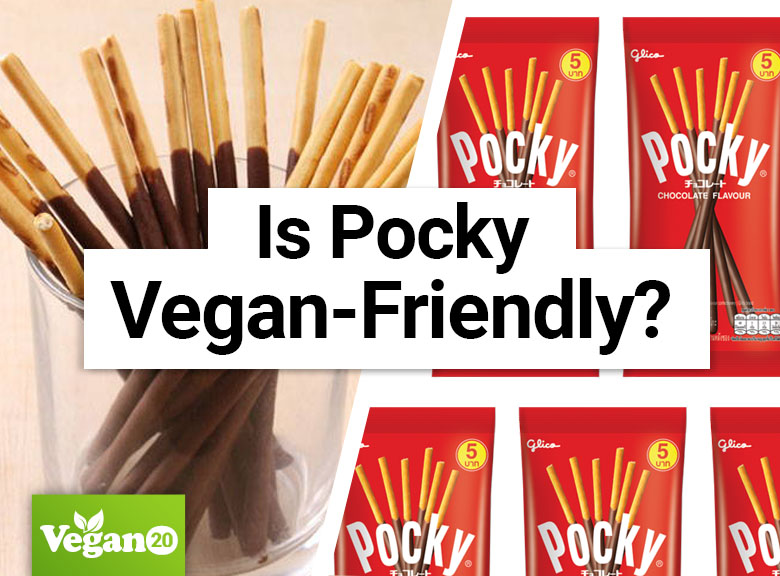 Are you wondering if Pocky is vegan-friendly?

These chocolate-covered biscuit sticks that come in a convenient little box could be the perfect pick-up treat for you. And if chocolate is too common for you there are four other flavors to choose from:

But the real concern here is whether these cream-covered snacks are vegan-friendly? Continue reading to find out.

Pocky is not vegan-friendly as it contains milk which is an animal by-product. Pocky also includes ingredients that are often not animal-cruelty free such as Palm Oil and Cocoa Butter.

What is Pocky Made Of?

Why is Pocky not Vegan-Friendly?

Pocky is not vegan-friendly as it includes milk which is an animal by-product largely taken from cows. This makes the product unsuitable for vegans to have.

While palm oil is vegan-friendly, its mass production in tropical areas has led to deforestation in these places, in order to make way for palm plants. This destroys the natural habitats of animals living in the area leaving them homeless and exposed to danger. Vegans that are concerned with animal welfare should avoid having products with this ingredient included.

This is the same for cocoa production.  Unfortunately, 70% of West Africa’s illegal deforestation is related to cocoa farming. Tropical forests are often cleared to plant new crops instead of reusing the same land. This is as a result of cocoa being a “slow food”, meaning it takes a long while, up to a year, for cocoa trees to produce.

Artificial Flavors also expose animals to cruelty as they have to be tested in order to enter the market for companies to use in their products. These tests are done on animals that are later euthanized as they often have serious reactions to testing. Vegans who are concerned about animal welfare should be wary of products containing palm oil, cocoa, and artificial flavors.

Pocky unfortunately isn’t the snack you hoped it could be. The milk contents make it unsuitable for a vegan diet while palm oil and cocoa beans are responsible for deforestation in many tropical countries. The artificial flavors that this snack is made with also expose animals to cruelty during testing. This snack isn’t right for your vegan diet, but we will make sure to find you vegan-friendly snacks for you to enjoy.