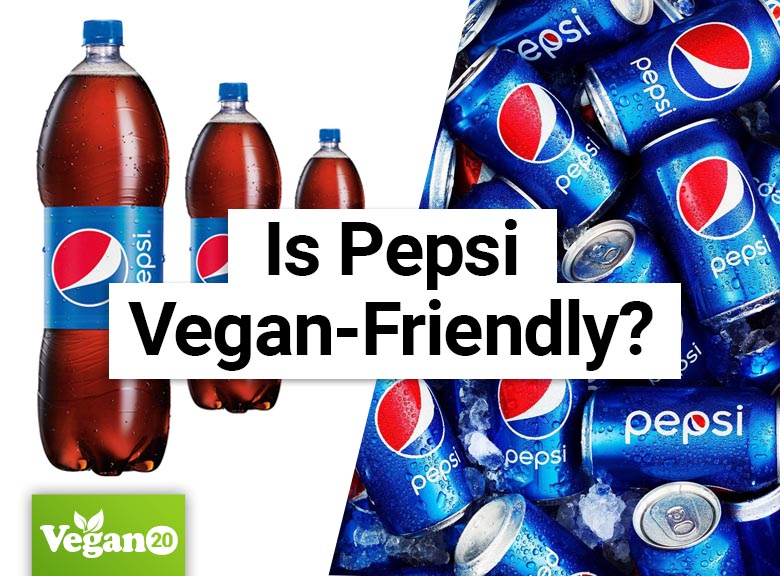 Do you think Pepsi is vegan-friendly or not?

Pepsi is a carbonated soft drink manufactured by PepsiCo. It is popular among young people, who are its biggest consumers.

Pepsi has popular taste variants, such as:

By now, you are probably wondering if Pepsi is vegan friendly. Continue reading…

Yes. Pepsi is appropriate for vegans. It has no traces of animal-derived ingredients or known cases of cruelty.

What is Pepsi Cola Made Of?

Why is Pepsi Soda Vegan?

While most carbonated drinks have a guarded secret on their recipe, so does Pepsi. However, Pepsi lists its vital ingredient as carbonated water. It is a combination of water and carbon dioxide, which are both suitable for vegans.

Pepsi also has sugar, which is technically vegan. But, some vegans have concerns. There are types of sugar made from bone char, that bleach and filter cane sugar. The decolorizing filter allows sugar cane to achieve its white color. Bone char is a natural carbon derived from cattle bones. Still, Pepsi states their sugar ingredient is 100% vegan.

The caramel color added to Pepsi is also vegan-friendly. It is made by heating sugar, acids, alkalis, or salts, to create a caramelization effect. Additionally, the Phosphoric component is a naturally occurring acid found in rocks. Pepsi also assures the flavorings (including caffeine) are vegan-friendly.

Pepsi is suitable for vegans. You can add this carbonated drink to your vegan-friendly diet. It does not contain any animal products, and its production does not cause pain or harm.

However, other types of Pepsi drinks such as Diet Pepsi and Diet Pepsi Caffeine Free are not vegan friendly.

Pepsico and Beyond Meat are joining forces in a new partnership with the goal of creating a range of snacks and beverages, all made from plant-based protein.

Find more information on Pepsi, checkout one of their official company websites below: