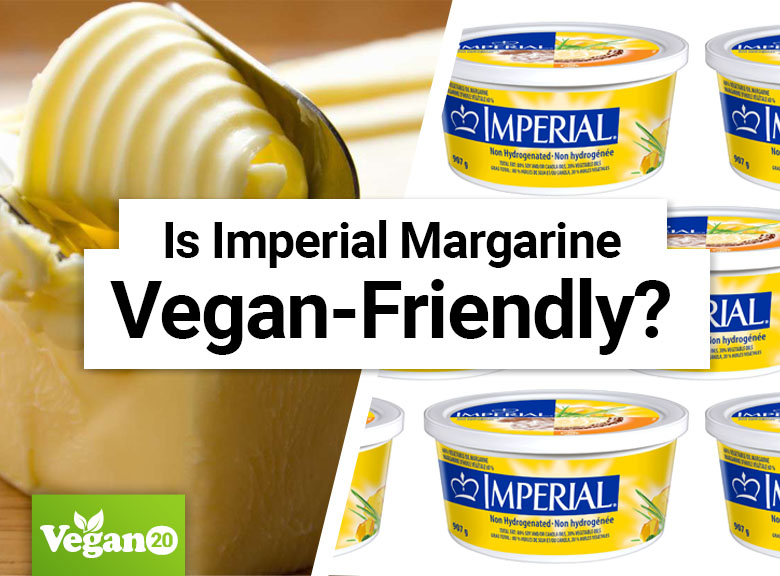 You may be wondering whether Imperial Margarine is vegan-friendly.

From baking cookies to being a great substitute for butter, margarine knows its way around the kitchen. Its versatility makes it a hit with most chefs and an ideal sidekick to a quick snack with crackers, muffins, and slices of bread. But can it go well with a vegan diet? Continue reading to find out.

No, Imperial Margarine is not vegan friendly as it includes milk which is an animal by-product. It also has ingredients that expose animals to cruelty such as palm oil and artificial flavors.

What Is Imperial Margarine Made Of?

Imperial Margarine is made from the following ingredients:

Why Is Imperial Margarine Not Vegan-Friendly?

Imperial Margarine is not vegan-friendly as it contains whey. Whey is the liquid substance that remains after milk is processed into cheese. Since it is an animal by-product is not suitable for vegans to eat products containing this ingredient.

Palm oil is a vegan-friendly ingredient as it does not contain any animal sources. It however exposes animals to cruelty. The mass production of palm oil has caused deforestation in the homes of many tropical animals to make way for palm plantations. The disturbance of their natural habitat forces them to leave and exposes them to danger. If you’re a vegan that is concerned about the safety and protection of animals, then you should avoid using products with these ingredients.

Artificial Flavors also expose animals to cruelty. These flavors are tested on animals to ensure that they can be safely eaten by humans. The animals are often euthanized as they tend to present fatal side effects from testing. Dietary vegans may eat food containing artificial flavors though since no animal products are included in the flavor.

Natural Flavors can either be sourced from plants or animals, however, the company has not disclosed which of the sources they use. Strict vegans tend to avoid foods with natural flavors regardless.

Unfortunately, Imperial Margarine is not vegan-friendly. The milk content makes it unsuitable for dietary vegans and the palm oils and artificial flavors are most often rejected by vegans concerned for the humane treatment of animals. Take heart though, there are tons of other spreads that you can spread on top of that vegan diet.