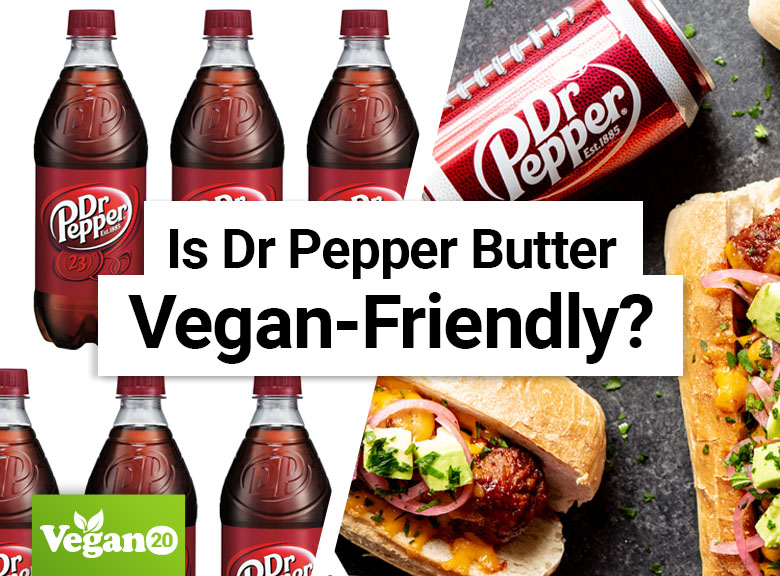 Are you wondering if Dr Pepper is vegan-friendly?

As the oldest soft drink brand in the United States, it certainly has had a lot of time to draw everyone’s attention. Dr Pepper even has its own museum in Waco, Texas. It hit the market as a brain tonic and an energy booster.

It later evolved into a fizzy drink that is today favored by many for its unique flavor. Can vegans have a swig of this fizzy drink that has stood the test of time since 1885? Continue reading to find out.

Dr. Pepper has filled our cups with hopes of a vegan soft drink, and they have delivered. It is a vegan-friendly soda that is free from animal products and animal cruelty. The company has also made milestone projects in efforts of environmental sustainability.

What Is Dr Pepper Made Of?

Dr Pepper is made from the following ingredients:

Why Is Dr Pepper Vegan-Friendly?

The ingredients of Dr Pepper include high fructose corn syrup, phosphoric acid, caramel color, flavors, sodium benzoate, and caffeine. None of the ingredients are products or by-products of animal sources. It also has no ingredients that are involved in animal cruelty. This only holds true for some of the flavors though. Flavors such as Dr Pepper Cherry contain Red40. This is a dye that is tested on animals who are later euthanized, according to Healthline. For this reason, it is important to read the ingredients of each flavor of Dr Pepper before drinking.

The world is becoming more aware of the effects that mass production has on our society. Many companies have heeded the call to make production safer and cleaner. In recent news, Keurig Dr Pepper has made a commitment to reduce its use of virgin plastic by 20%. They aim to complete this target by 2025. This is in an effort to transition to 100% recyclable packaging. This will remove “approximately 46.3 million pounds of virgin plastic used by KDP annually.”

While Dr Pepper is not your average doctor, we can say it cures our vegan-friendly concerns. The ingredients are safe for vegan consumption. You still have to pay attention to the flavor you drink, since some aren’t cruelty-free. However, the company is making great moves to be healthier for the environment by 2025. So, go ahead and pop open that can of soda, and enjoy with any of your vegan-friendly meals!

For more information on Dr Pepper, head over to the official website here