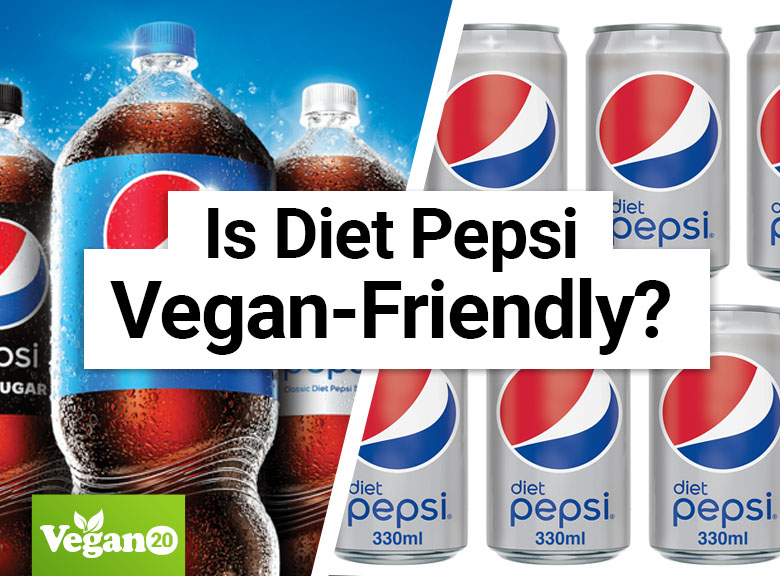 Are you a fan of Pepsi and would love to know if Diet Pepsi is really the healthier and vegan option?

Diet Pepsi is a variation of the popular Pepsi soft drink. It is similar to the regular Pepsi drink minus the sugar. Another variation is Pepsi Zero Sugar.

But how much healthier than the regular version is Diet Pepsi? Is it vegan-friendly? Continue reading to find out.

Pepsi is very clear on its website that diet Pepsi is not vegan-friendly. In fact, they specifically state:

At this point, you may be asking yourself how Diet Pepsi is not vegan-friendly yet the other Pepsi products are. Let us first look at the ingredients in Diet Pepsi.

What is Diet Pepsi Made Of?

Let us break down these ingredients.

Why Diet Pepsi Is Non-Vegan?

The reason why Diet Pepsi is non-vegan may be due to the natural flavor and phenylalanine because we are uncertain if these two ingredients contain animal materials or plant products.

Interestingly, Pepsi has refused to specify which of its ingredients are non-vegan. They have stated that the reason for their refusal to be specific is due to commercial reasons.

Diet Pepsi contains a natural flavor and phenylalanine which may be non-vegan but we have no confirmation of this. The refusal of PepsiCo to state which of their ingredients is non-vegan may also potentially point to other ingredients that the company has not disclosed. Vegans should rather opt for other Pepsi drinks that have been confirmed to be vegan.