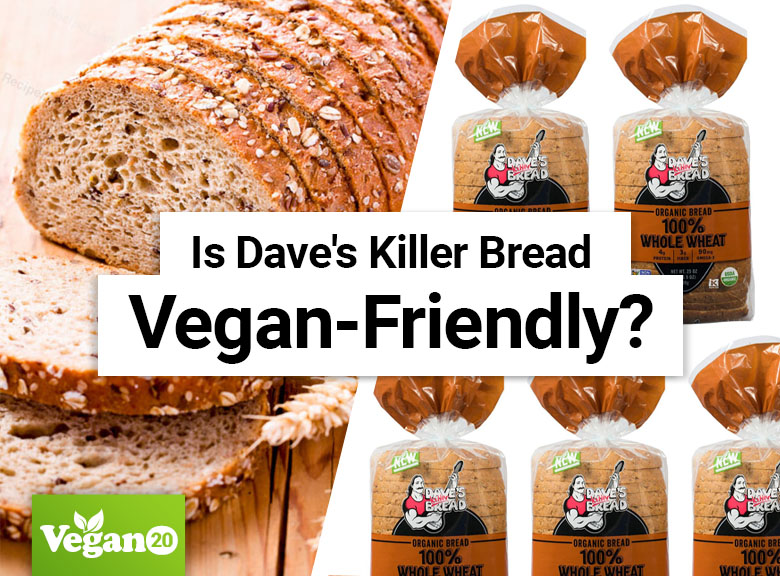 Are you wondering if Dave’s Killer Bread is vegan-friendly?

Dave’s Killer Bread is a Milwaukie based brand that manufactures organic whole-grain bread. The owner, Dave Dahl, grew up working in his family’s bakery. He decided to reinvent bread as we know it after coming back from serving 15 years in prison. This company produces Killer Breads, Thin-Sliced, Breakfast, and Burger Buns.

Some variations of Dave’s Killer Bread are:

Continue reading if you would like to find out if Dave’s Killer Bread is vegan-friendly or not.

Dave’s Killer Bread is vegan with the exception of their Organic Honey Oats and Flax Bread as it contains organic honey.

Why Is Dave’s Killer Bread Vegan-Friendly?

This bread uses mostly organic natural ingredients and all of their ingredients are vegan except for the honey in the Organic Honey Oats and Flax Bread. Their bread is free of any genetically modified organisms (GMOs) and the brand is also USDA certified, meaning that the bread does not come into contact with genetically modified organisms, chemicals, or any products processed using ionizing radiation or that contain food additives.

Dave’s Killer Bread is vegan-friendly and consists of mainly organic ingredients. The Organic Honey Oats and Flax Bread is the exception and is not considered vegan. This is because honey is a grey area for some vegans and is quite controversial. Bees are considered animals by many vegans and as such, bee farming is considered as exploitation. Bee farmers make use of unethical practices such as clipping the wings of queen bees so that they are unable to escape from the hive, replacing honey with sugar alternatives and killing bee colonies to prevent the spread of diseases.

Bees also store honey so that they may consume it during later seasons when honey production is low. Farmers sometimes replace the stored honey with sucrose or high fructose syrup which may be damaging to the bees healthwise.

It is always a good idea to read the ingredients of any product before eating it but you can be certain that most Dave’s Killer Bread products are vegan.