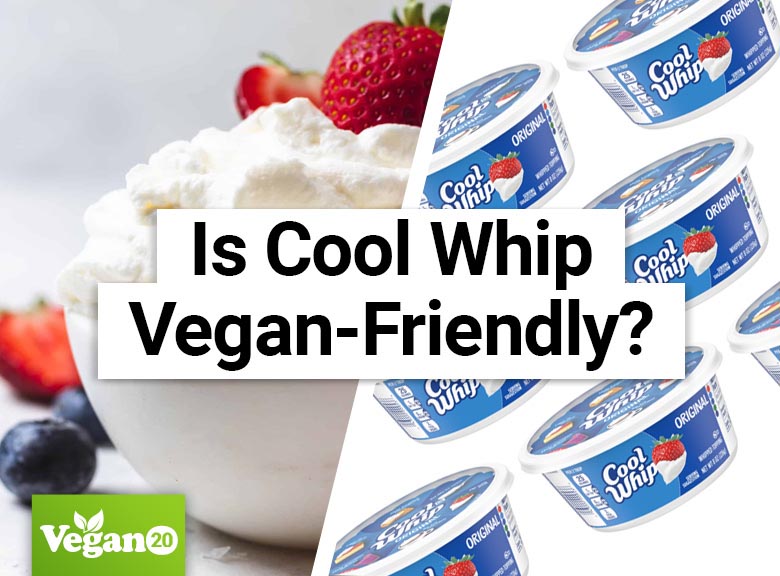 Would you like to know if Cool Whip is vegan-friendly?

Cool Whip is an imitation whipped cream made by General Foods Corporation in the USA, now manufactured by Kraft-Heinz.

It is known for its long shelf-life while frozen compared to normal cream, and for holding its shape as a topping and not melting on food and drinks. It is the most used brand of whipped cream in the USA.

Cool Whip comes in many varieties and flavors, including:

If you’re a vegan, can you consume Cool Whip? Let’s see…

The Answer is:  NO

Unfortunately, Cool Whip is not suitable for vegans. It contains skimmed milk and sodium caseinate (also known as milk powder), which is taken from animal protein.

What is Cool Whip Actually Made Of?

Why is Cool Whip Bad for Vegans?

Sodium caseinate comes from casein, a protein found in cow’s milk. It is sometimes included in products that are marketed as “no-milk” or “non-dairy”.

If the amount listed in the food product is small enough, some vegans may disregard the presence of this ingredient and continue to consume it.

Cool Whip is a highly processed imitation food.  Imitation food is usually nutritionally inferior to the genuine version and relies on substitute ingredients to recreate the original taste and texture.

Cool Whip contains unhealthy ingredients like synthetic wax, polysorbate60, and xanthan & guar gums.  The latter two can cause diarrhea, while synthetic wax (sorbitan monostearate) is known to cause problems for the skin, eyes, respiratory and digestive systems.

When Cool Whip was first released it was marketed as ‘non-dairy; however, it has always had animal-produced sodium caseinate. As of 2018, Cool Whip also contains skim milk.

For more on Cool Whip, head to their page on the Kraft Heinz website: Cool Whip – My Food and Family