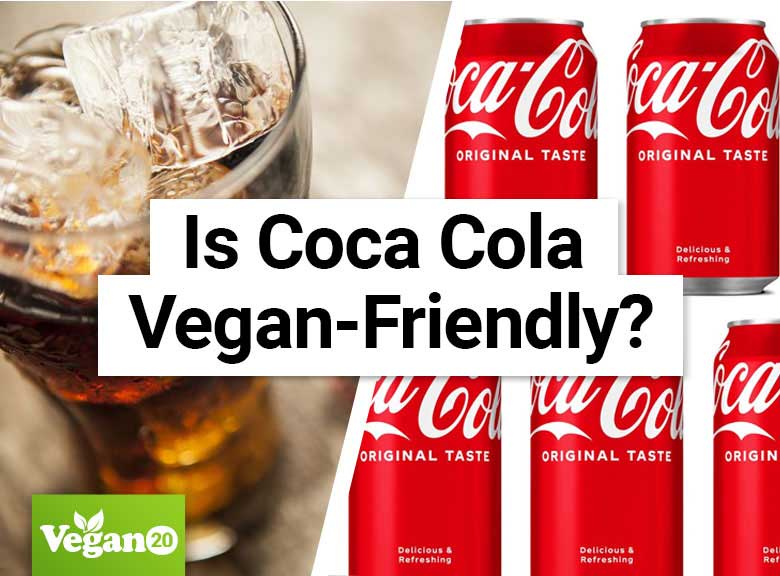 Ten thousand soft drinks from Coca-Cola are consumed every second of every day! It seems that all over the world, people with different cultures, different backgrounds, and certainly different diets, enjoy having at least a bottle or two of the fizzy drink.

The interesting thing is, when Coca-Cola started production, the company sold only twenty-five bottles in its first year. Yet today, it sells a whopping 1.8 billion bottles daily!

So, what about, vegans? Can they also, “taste the feeling?” Continue reading to find out.

Yes. Fortunately, this sweet, carbonated drink is suitable for vegan consumption. The ingredients are animal-free, its production is eco-friendly, and its calorie content fairs much better than most other soft drinks.

Why is Coca-Cola Suitable for Vegan?

Coca-cola is suitable for vegans because none of the ingredients have traces of animal contents.

The Australian Coca-Cola website states in its frequently asked questions, that:

Coca-Cola does not contain any ingredients derived from animal sources and can be included in a vegetarian or vegan diet.

Med-line Plus shows that Coca-Cola contains fewer calories than most of its fellow carbonated beverages. Each bottle has a total of 140 calories. Pretty impressive, when compared to other drinks such as Orange Crush, or even energy drinks like Red Bull that have a total of 226 calories.

What is also amazing, is that the bottles that this delicious beverage comes in are safe for the environment.

What Is Coca-Cola Made Of?

Coca-Cola was the first to introduce bottles that were made from recycled materials. The company states on their site that today, eighty-eight percent of their packaging is recyclable globally and that their goal is to eventually increase that percent to one hundred by 2025. That’s right, the materials in the bottles give us a chance to do our part to save our beaches and our animals!

So, there you have it, go ahead and pop open that cold bottle of Coke if you want to because no animals are involved in its production. And when you’re done? Recycle it! It’s a clear win-win situation. We give the fizzy drink a vegan pass in our book.

For more information on Cola-Cola, check out the official company website here: https://www.coca-colacompany.com/