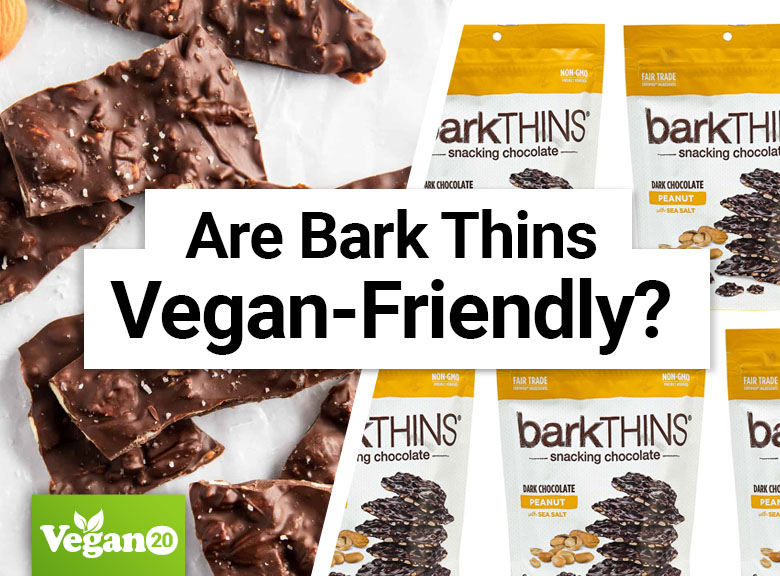 Are you wondering if Bark Thins are vegan-friendly?

These are sorted everyday snacks that are covered in chocolate. Snacks will include pumpkin seeds, pretzels, almonds, and grapes. What made these snacks so interesting from the start were their identifiable treats with simple ingredients, and with the world becoming more health-conscious, the simple ingredients are just what we’re looking for. But how conscious are these chocolatey snacks of our vegan diet? Continue reading to find out.

Bark Thins are not vegan-friendly as they have milk fat as an ingredient that is sourced from animals. They also include cocoa butter, the production of which exposes animals to cruelty.

Why Are Bark Thins Vegan-Friendly?

As milk fat is an ingredient in Bark Thins the product is not vegan-friendly.

Hersheyland, the owner of Bark Thins, has also stated on their website that they are not vegan-friendly as they have milk as an ingredient. Milk is an ingredient that is sourced from animals, mostly cows. For this reason, it is unsuitable for vegans to have it as well as products that contain it. If you’re a vegan, you shouldn’t eat this chocolatey snack.

Also, although cocoa butter is plant-based and does not contain animal ingredients, the production of cocoa plants has caused massive deforestation in countries like West Africa. In fact, Seventy percent of the illegal deforestation that takes place in West Africa comes from cocoa harvesting.

Deforestation of these areas disturbs the natural habitats causing animals to lose their homes and be exposed to danger.

The sugar content of Bark Thins is also a concern as one serving of the snack, which is 1 oz., gives you 14g of added sugar. This accounts for 25% of the daily amount recommended by the American Heart Association. Twenty-five percent of your days’ sugar should not come from a single serving of snack. Snacking on high-sugar content products puts you at risk of dangerous diseases such as diabetes.

Bark Thins may not have made our vegan-friendly dreams come true but it’s probably for the best. From its high sugar content to the harm the harvesting of its ingredients causes to animals, we were going to put these snacks back in the supermarket aisle anyway. Instead, go ahead and snack on one of the many other vegan snacks.