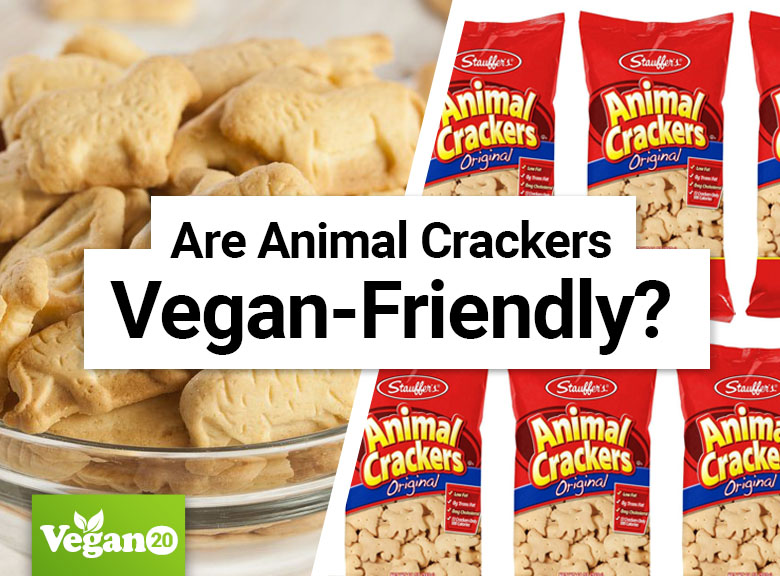 Are you interested in knowing if Stauffer’s Animal Crackers are vegan-friendly?

With thirteen different kinds of animal shapes packed into each bag, it is one of the most popular animal cracker brands known to the U.S. Stauffer’s call their snacks, “America’s #1 Animal Cracker!”

It is enjoyed by adults and children alike. Even Shirley Temple is a fan! She included the snack in her song called “Animal Crackers in My Soup.” But what about vegans? Can they have Animal Crackers in their soup? Continue reading to find out.

Yes. Despite the ironic animal shape of these crackers, they can be enjoyed by vegans because they don’t have animal sources.

What Are Stauffer’s Animal Crackers Made Of?

Why Are Stauffer’s Animal Crackers Vegan?

To add a little variety, you can also try Strauffer’s Chocolate Animal Crackers. It’s also vegan-friendly! For other brands of animal crackers, it’s important to check the ingredients to ensure whether they have animal sources. If they have ingredients like milk, gelatin, whey, or honey, then it is best to avoid them.

Some vegans tend to shy away from food that lists Enriched Flour as one of the ingredients.  This is because there is a slight chance that the flour is enriched by vitamins that are sourced from animals. The VRG has found that vitamins used in enriched flour,  such as vitamin B1and B2 are usually not produced from animal sources. They are classified as typically vegan.

It can be a healthy addition to your diet! The company prides the snack in being low fat with zero grams of trans fat. They also contain zero milligrams of cholesterol. Thirteen of these crackers add only 100 calories to your daily required intake.

Stauffer’s Animal Crackers are vegan-friendly! They don’t have animal sources. If you’re a vegan that prefers to not include enriched flour in your diet then this snack may not be right for you. But if you’re okay with the fact that the vitamins found in enriched flour are typically vegan then you too can have Animal Crackers in your soup!