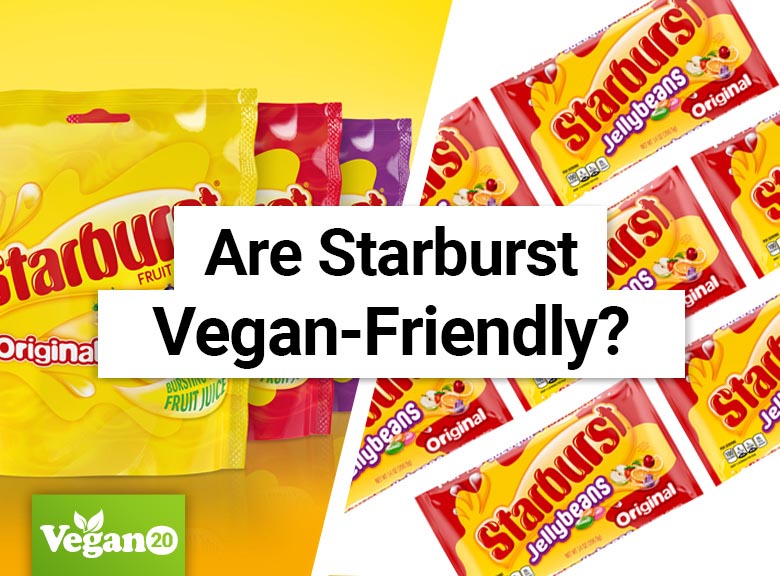 Starburst candies are packed with a variety of great-tasting fruit flavors and a deliciously chewy texture, to be enjoyed anytime and anywhere however are Starburst vegan?

The taffy sweet Starburst is manufactured by the Wrigley Company with the tagline, “Unexplainably Juicy”.

Fruit Chews are loved for their juicy “bursts” of flavor and now come in many variations. If you’re a vegan, can you eat Starburst?

The Answer is: Depends on where you live

USA: No, Unfortunately, Starburst Fruit Chews are not vegan. The US variant of Starburst contains gelatin which is commonly derived from collagen taken from animal body parts.

Australia: No, Unfortunately, Starburst Fruit Chews are not vegan. The Australian variant of Starburst contains gelatin which is commonly derived from collagen taken from animal body parts.

What Are Starburst Made Of?

Why Are Starburst Considered Not Vegan?

Starburst is not vegan due to the ingredients they contain or how some vegans may perceive these ingredients. The following ingredients in Starburst Fruit Chews will be of concern to you if you’re a strict ethical vegan whose concerns go beyond just dietary requirements:

Starburst Fruit Chews contain a small amount of fruit-juice. Apple, lemon, strawberry, and orange fruit concentrates are used, while ingredients like pectin and lecithin are sourced from real fruit and vegetables.

While Starburst contains plant-derivatives, unfortunately, they cannot be classified as 100 percent vegan.

For more on Starburst, head to the official website here