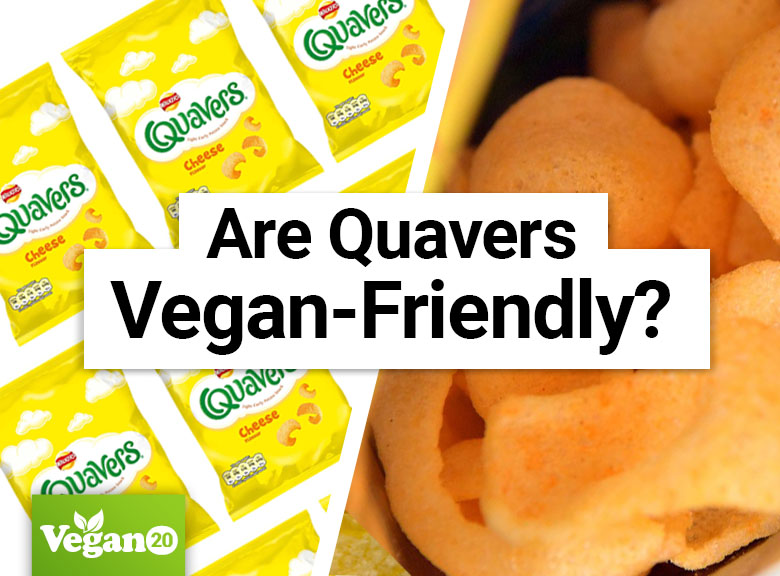 Quavers are potato snacks characterized by their curly shape and cheesy flavor. They do not contain any artificial flavors and promise that they are vegetarian, but are they vegan-friendly?

The Answer Is: No

Unfortunately, Quavers are not suitable for vegans to eat. This is because they contain animal byproducts such as cheese flavor, flavoring, milk powder, cheese powder.

Why Are Quavers Not Vegan-Friendly?

As previously mentioned, Quavers are not vegan-friendly because they contain ingredients that are derived from animal byproducts.

The cheese flavor found in this product is from whey powder, an ingredient that is separated from cheese during the cheese-making process. In essence, it is a milk product.

It is specified in the ingredients list that the flavoring used in the manufacturing process contains milk, another animal byproduct.

Milk powder is made by firstly pasteurizing and separating milk into skim milk and cream. Some of the cream is added back to the skim milk so that milk with standardized fat content is produced. The standardized milk is heated at temperatures between 75 and 120°C. The milk is subsequently boiled under a vacuum at temperatures below 72°C and the water is removed as vapor.

Finally, the milk concentrate from the evaporator is atomized into fine droplets. The remaining water is vaporized in the drying chamber, and then a fluid bed, until the moisture content is between 2-4%. This means that milk powder is non-vegan as it is made from an animal byproduct.

Unfortunately, we have to think twice before reaching for a bag of Quavers because they are not vegan-friendly. This is because they contain cheese flavor, flavoring, milk powder, cheese powder which are all animals derived from animal sources.

Although Quavers aren’t suitable for the vegan diet, we have to note the efforts Walkers, the company that manufactures Quavers, is making to be sustainable. The crisps’ packaging is completely recyclable and 25% of electricity at the Walkers Leicester Factory is generated by potato peels.

Hopefully, we can look forward to vegan-friendly Quavers in the future but for now vegans must shy away from this product and opt for vegan-friendly alternatives instead.

For more information on Quavers, please visit the official website on https://walkers-snacks.co.uk/walkers-quavers.