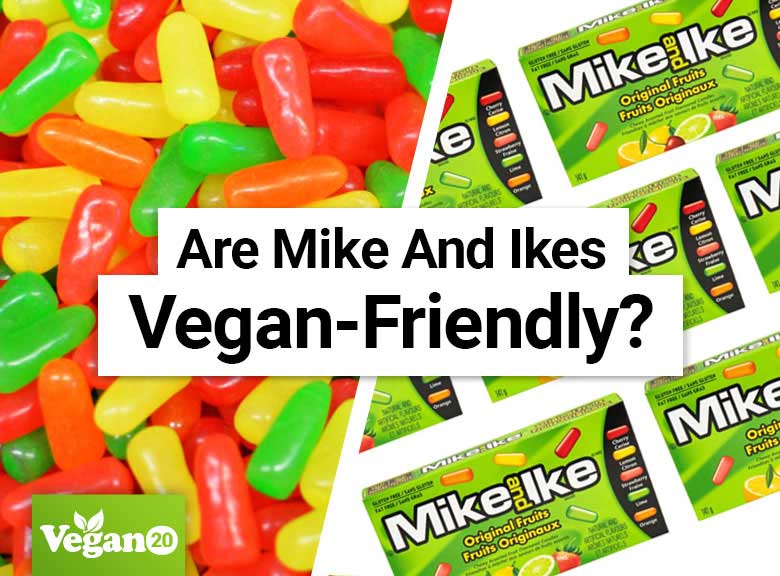 Are you wondering if Mike and Ikes are vegan-friendly?.

Initially, the Mike and Ikes were only fruit-flavored. Over the years quite a variety of new flavors were created including:

Today, Mike and Ikes candy is popular, especially in theaters. But can Mike and Ike be the movie favorites for vegans? Continue reading to find out.

Are Mike and Ikes Candy Vegan-Friendly?

What Are Mike And Ikes Made Out Of?

Why Are Mike and Ikes Bad for Vegans?

The Just Born company hasn’t said outright that the confectioner’s glaze is an animal-sourced product. But they made it clear that they are aware that it concerns some vegans. They’ve also stated that it is “very similar to a bee’s production of honey.” This is true.

The confectioner’s glaze is actually the secretion made by an insect called Kerria Lacca. It is created from the tree sap that the insects eat. They are harvested and used for the coating of many foods, including Mike and Ike’s candy. The company makes an extra effort on their packaging to show that ingredients like these make up less than 0.5% of the product.

Another concern to vegans is the artificial coloring used on Mike and Ikes. Dyes such as Red40 and Yellow5 are used on candies to give them their attractive, vibrant color. These colors have to be FDA approved in order to be used in human food. Healthline confirms that the tests for approval are done on animals who are later euthanized. This is enough reason for many vegans to avoid eating this candy. Again, other vegans are okay with this.

The Mike and Ikes are not vegan-friendly because of its use of confectioners glaze that gives the product its gloss and shine. Also, the artificial colors used mean that animals were exposed to cruelty.

For many vegans, it may still be okay to consume Mike and Ikes candy. But we have to call a spade a spade here. Mike and Ikes have animal sources products. Although Mike and Ike may be best friends, they aren’t friends with vegans.

For more information over Mike and Ikes head over to the official website here: https://www.mikeandike.com