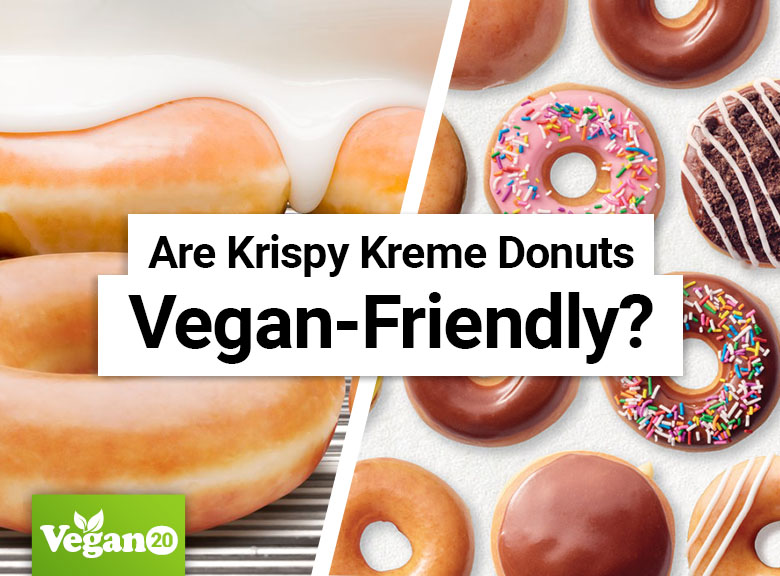 Have you ever wondered if Krispy Kreme is vegan-friendly?

Krispy Kreme is an international chain of doughnut shops that has been making delicious donuts since 1937. Krispy Kreme is known for its signature glazed doughnut that is traditionally served warm. They have over 1000 locations across the world, selling a wide variety of donuts.

Let’s find out Krispy Kreme is vegan-friendly or not…

The answer is: YES

(CURRENTLY ONLY AVAILABLE IN THE UK)

What are Krispy Kreme Donuts Made Out Of?

Why Are Krispy Kreme Donuts Vegan?

Krispy Kreme is best known for its wide variety of flavourful, fluffy glazed donuts. However, it has been producing non-vegan donuts ever since it started operations in 1937. As time changed and more people adopted a vegan lifestyle,

The Krispy Kreme vegan donuts are made of plant-based ingredients. The fact that they do not contain milk, butter, and eggs, makes them suitable for vegans.

Unfortunately, the Krispy Kreme vegan donuts are exclusively available in the UK. Currently, other store locations might not have access to this vegan donut goodness.

According to Krispy Kreme, the new vegan doughnuts have “the same great taste,” as its original 1937 recipe, as well a “light and fluffy” texture and its trademark sugary glaze.

Learn more about Krispy Kreme from their website below:
https://www.krispykreme.co.uk