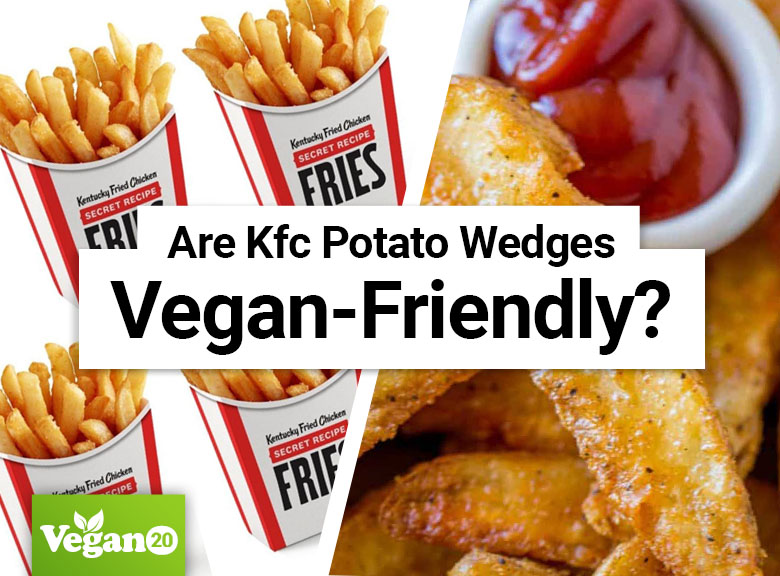 You might have gone out with a group of friends to KFC and wondered if KFC” potato wedges were vegan-friendly so that you could at least have something to eat. We’ve been there. KFC’s potato wedges are one of the many side dishes available on their menu. But can it be a vegan-friendly side dish for you to indulge in? Continue reading to find out.

The potato wedges from KFC have no animal-sourced ingredients, it is suitable for vegans to eat.

What is in KFC Potato Wedges?

Why Are KFC Potato Wedges Vegan-Friendly?

KFC’s Potato Wedges do not have any ingredients that are animal-based. Vegans can freely have the side dish.

In 2019, KFC made a pledge to remove non-recoverable or non-usable plastic from their packaging by 2025. This has major benefits for both the environment and sea animals. The less plastic left out in the sea, the higher the chance that animals will get to swim and breath easily.

Speaking of the safety of animals, they have also made a commitment last year to start making steps towards improved animal welfare. While you may well know that KFC probably won’t become a vegan restaurant anytime soon, you can be assured that chickens will be handled ethically and sourced responsibly.

While KFC’s practices are beneficial to the environment and to animals, it may not be such a great option for you. KFC potato wedges, and most of its other products, contain Monosodium Glutamate (MSG) which contributes to the product’s very high sodium content. One serving of potato wedges will serve you 700 mg of sodium which is almost half the daily amount that is recommended by the American Heart Association.

A diet that contains high sodium puts you at risk of hypertension, heart diseases, and stroke. MSG in particular has been linked with being a cause of obesity and metabolic disorders. You can limit the amount of MSG present in your diet by ensuring to read the ingredients before consuming a product.

KFC’s potato wedges are vegan-friendly as they contain no animal products, but it is high in sodium which comes from MSG, an ingredient that poses major health concerns for your body.

Nevertheless, KFC has taken the initiative to be healthier for the environment with its reduced practice in packaging and its decision to improve animal welfare. There’s nothing wrong with going ahead and having a wedge or two!

For more information head over to KFC.com