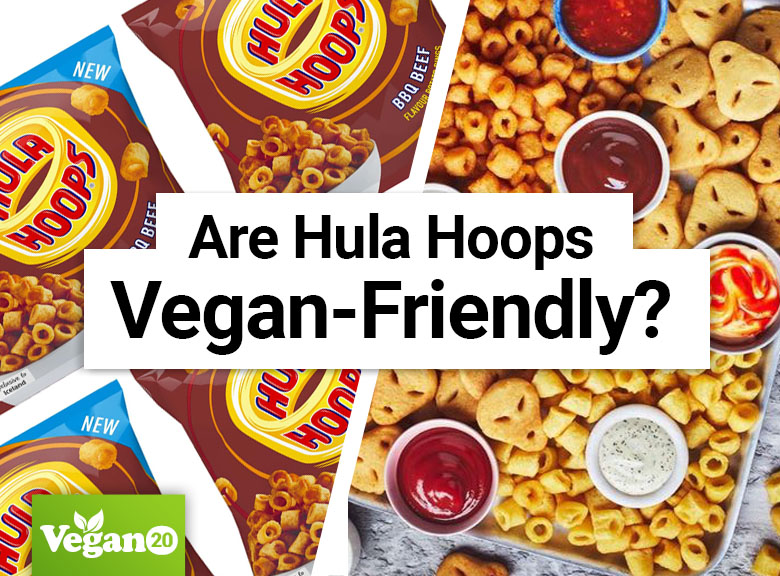 Hula Hoops are potato and corn derived snacks first launched in 1973. Their name is attributed to their round shape, similar to the toy hula hoops.

Although these snacks have developed and changed from the first packet that was sold in 1973, one thing has remained constant throughout the years: their distinctly delicious flavor!

Hula Hoops come in a variety of flavors:

By now you may be wondering if Hula Hoops are vegan-friendly. Let’s find out.

Disappointedly, Hula Hoops are not vegan. Although they are vegetarian they’re not suitable for vegans because they contain animal byproducts. Even the flavors that seem vegan-friendly at first glance, such as the Original flavor, are stated to possibly contain milk.

What Are Hula Hoops Made Of?

Hula Hoops Original Salted Potato Rings are made of:

Why Are Hula Hoops Not Vegan-Friendly?

Hula Hoops contain ingredients that do not fit in the vegan diet. These ingredients are milk, sugar, natural flavoring, and dried palm fat.

Milk is an animal derivative and is commonly sourced from cows. It is definitely not suitable for vegans.

Sugar is commonly processed with bone char, which is animal bones that have been burned at extremely high temperatures until a powder-like substance is produced. This is then used to filter sugar, which in turn gives sugar its white color. Sugar processed in this way is non-vegan because of the contact it makes with bone char. It is important to note that not all sugar is processed using bone char but it is unclear if the sugar contained in Hula Hoops is vegan or not.

Natural flavor is sourced from either plants or animals. It is also unclear where the natural flavor in this product is derived from.

Dried palm fat in itself is vegan, however, the practices around palm oil and wood farming are unethical. Palm oil is a major contributor to deforestation and is not environmentally friendly.

Hula Hoops are unfortunately not vegan-friendly as they contain ingredients such as milk, sugar, natural flavoring and dried palm fat. Not only are these ingredients not suitable for dietary vegans, there is also an ingredient that is considered unethical by some vegans. It is best that vegans seek other alternative snacks that they can eat with the knowledge and confidence that it doesnt involve animals in any shape or form.