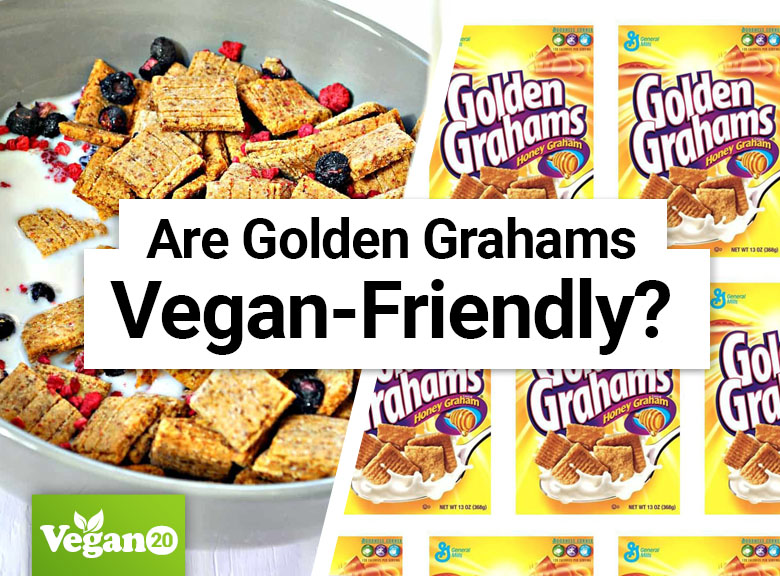 Want to know if Golden Grahams are vegan and if you can grab some for breakfast?

This cereal is made from wheat and sprinkled with sugar is a perfect breakfast item that can be had with some almond milk or blended up and added to some oats for a fibrous start to your day.

But how well does it blend with a vegan diet? Continue reading to find out.

What Are Golden Grahams Made Of?

Why Are Golden Grahams Not Vegan-Friendly?

However, due to the small amount of D3 that is often used in these products, many vegans are okay with eating products that contain the vitamin. It is up to you to decide how strict a vegan you are.

Natural Flavor is also included as an ingredient that can be either animal or plant-sourced. When animal-sourced they are often made from fish, milk, eggs, and meat of animals. General Mills, the owner of the wheat cereal, has not disclosed the source of their natural flavor though.

General Mills has not only impacted breakfast time but has impacted the world at large as the number one largest provider of natural and organic packaged food in the US. They have also committed to making all their packaging 100% recyclable or reusable by 2030. This saves the lives of many sea animals that stand the risk of being suffocated by plastics discarded in water bodies.

While Golden Grahams are not vegan-friendly, some vegans will overlook the fact that it has less than 2% of lanolin. The choice of course is entirely up to you. However, strictly speaking, it is not vegan-friendly as it contains secretions from sheepskin which is an animal by-product.

For more information on Golden Grahams head over to the General Mills Website.