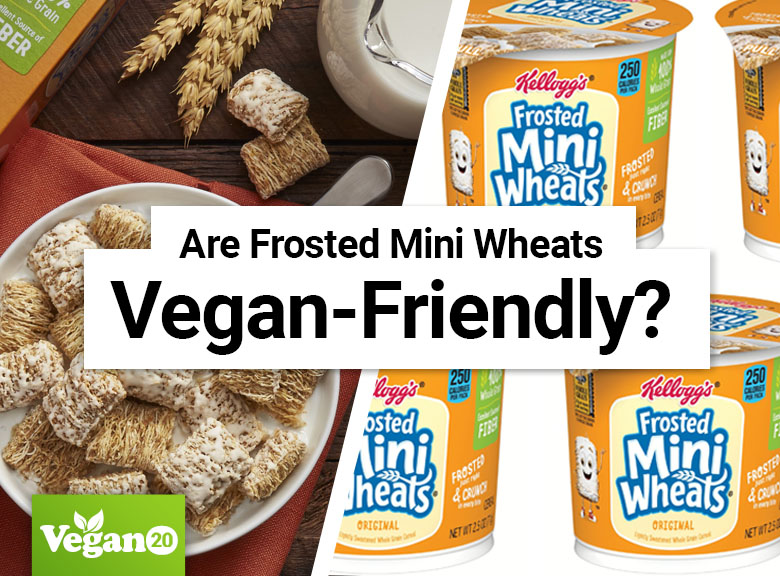 Are You Curious to Know If Frosted Mini-Wheats Are Vegan-Friendly?

There is also an assumption that the controversial ingredients present in Frosted Mini-Wheats are vegan. They include sugar, natural flavors, and color.

What is Frosted Mini Wheats Made Of?

Frosted Mini Wheats are made from the following ingredients and nutrients:

Servings Per Container About 7

*The % Daily Value (DV) tells you how much a nutrient in a serving of food contributes to a daily diet. 2,000 calories a day is used for general nutrition advice.

Why Are Frosted Mini-Wheats Not Vegan-Friendly?

Even though producing gelatin does not cause harm to the environment, has zero waste, and uses less energy and raw materials, the fact remains that the raw ingredients are derived from animals.

Vegans find the process of making gelatin cruel and is not sensitive to the welfare of animals.

Frosted Mini-Wheats cereal is known worldwide and consists of shredded wheat cereal pieces and frosting. It’s a favourite breakfast option among kids as well as adults.

These sweet and crunchy cereal are said to keep you fuller for longer.

Frosted Mini-Wheats contain gelatin. The process of producing gelatin consists of boiling the bones and skins of cows and pigs. Since gelatin is an animal-derived product, its inclusion in the Frosted Mini-Wheats makes it unsuitable for a vegan diet.

Check out the Frosted Mini-Wheats website for more information: https://www.frostedminiwheats.com/en_US/home.html