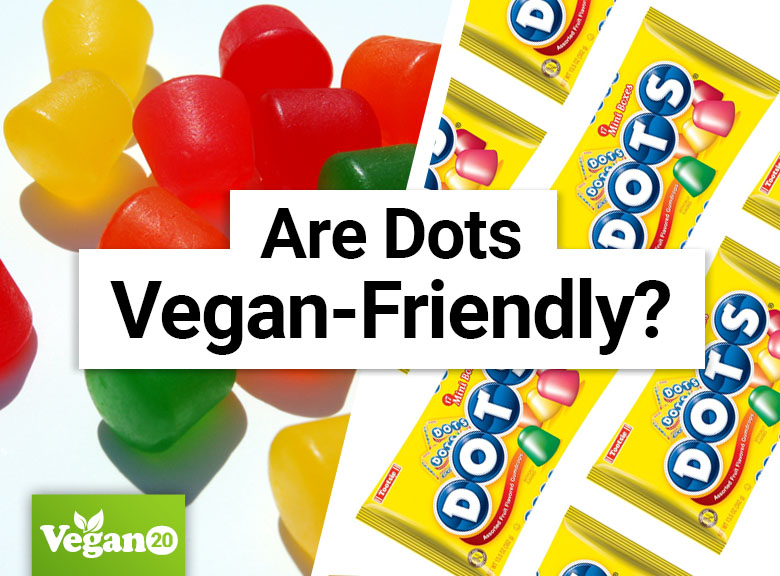 If you have a sweet tooth for Dots then you might want to find out if they’re vegan friendly. These colorful gumdrops have a wide range of flavors such as cherry, lemon, lime, orange, and strawberry. You can choose between a pack of the original Dots or get a little adventurous with the Sour Dots! Either way, you need to know if the candy is vegan-friendly first. Continue reading to find out.

Dots Candy is vegan-friendly. The ingredients are not sourced from animal products. However, some of the ingredients such as red 40 and yellow 5, pose ethical concerns from the vegan community as they expose animals to cruelty.

What Are Dots Candy Made Of?

Why Are Dots Vegan-Friendly?

Dots are vegan-friendly because the ingredients are not animal-sourced.

Natural Flavors or of concern to vegans as they are often sourced from animal products. While strict vegans may err on the side of caution by avoiding the candy overall, PETA has given it a vegan stamp of approval. In their post, they list candy as a good vegan choice for Halloween treats.

However, red 40, and yellow are artificial colors that expose animals to cruelty. While they are not sourced from animal products, they are tested on animals to check for human safety. Healthline has disclosed that these animals are later euthanized as sometimes they present fatal reactions to the dyes. It is mandated by the FDA however that the dyes have to be tested before they can be used in food for humans.

If you’re vegan for the diet’s health benefits, we must tell you, despite its lack of animal products, Dots are not the healthiest box of treats in town, even for candy. Livestrong lists the gumdrops in its 21 most dangerous candies. What makes it dangerous is that its sugar content amounts to 2 grams per drop. With 12 in each box, one serving can account for more than your daily intake recommended by the American Heart Association.

Dots are vegan-friendly. However, they pose ethical concerns from its use of dyes such as red40 and yellow5. These artificial colors are tested on animals which exposes them to cruelty. Vegans with ethical values against animal harm should avoid products containing these ingredients. Strictly speaking though, as it has no animal products, it is fit for vegans to pop a drop here and there.

For more information on Dots Gumdrops, head over to the official webpage here: https://www.tootsie.com/candy/dots/dots-gumdrops