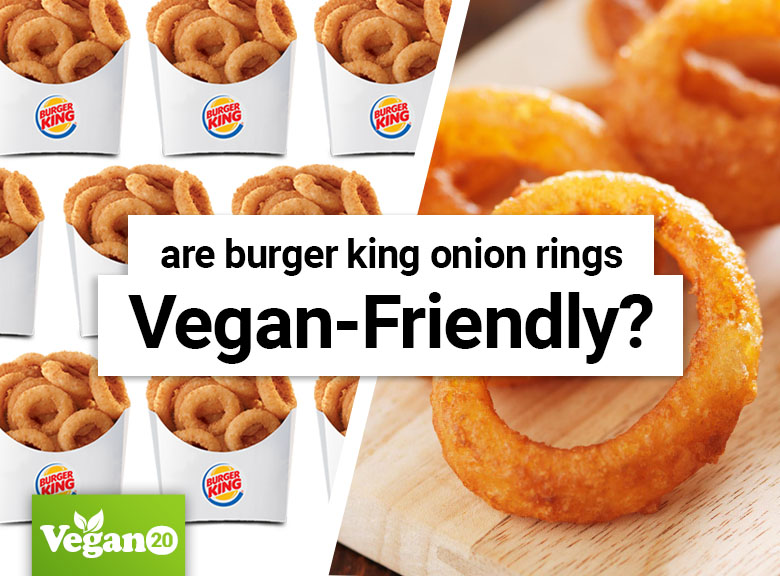 You may be feeling like ringing up an order of some of Burger King’s Classic Onion Rings. As one of the items featured on the restaurant’s dollar menu, we understand why you’d want a tasty bang for your buck.

The surprising thing is the side dish isn’t even mostly made of onions. But we bet you’re seriously wondering if you can “have it your way” with the onion rings on a vegan diet. Continue reading to find out.

Unfortunately, Burger King Onion Rings contain whey which is an animal by-product. The side dish is also fried in the same oil as meat products from the restaurant. Also, they contain palm oil which is not vegan-friendly by ethical standards.

What Are Burger King Onion Rings Made Of?

Why Are Burger King Onion Rings Not Vegan-Friendly?

Whey is the substance that is the liquid substance that is formed while milk is being processed into cheese. In America, the milk used to make cheese is mostly taken from cows. However, other countries will have most of their milk taken from all other sorts of animals such as goats and pigs. Either way, milk is animal-sourced which means whey is not a vegan-friendly ingredient.

What’s more,  Burger King provides a disclaimer on their online nutritional chart which lists the menu items that are fried in the same fryer. The onion rings were listed alongside meats such as fish fillet, pork sausage, and crispy chicken patty. This increases the chances of cross-contamination.

While palm oil is vegan-friendly, in that it is sourced from plants and not animals, the harvesting of palm oil is of ethical concern to the vegan community. Palm oil harvesting has become a mass production that has endangered the homes of many tropical animals. Tropical areas are being deforested in order to make way for palm plantations, destroying the natural ecosystem in these areas. If you’re a vegan with strict animal protection values, you will want to steer clear of products containing this ingredient.

It is a no from us where these onion rings are concerned. They have ingredients containing animal-sourced products and palm oil, which is a cause of concern to the ethical standards of the vegan community. It must be the onions, but it’s enough to get teary-eyed over. Have no fear though, there are many other vegan sides to enjoy!

For more information on Burger King Onion Rings head over to bk.com